As the wealthiest elderly generation ever seen, ‘Traditionalists’ face unique financial challenges as they balance lifestyle with the implications of their longevity.

Being old has never been so great – the silent generation is living in expensive houses, going on holidays to die for and, apparently, still enjoying an active love life.

But while their own finances maybe in rude health, the financial turmoil being experienced by their relatively impoverished children and grandchildren is a source of stress not helped by a tax system that complicates transfers of income between generations. 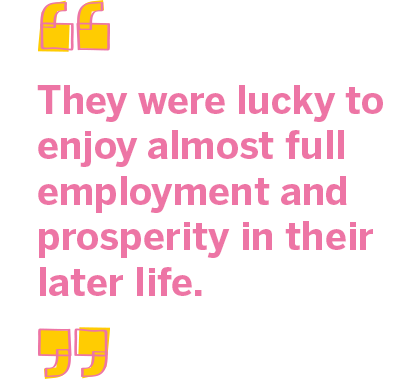 Those born between 1928 and 1945 were dubbed “The Lucky Few” by American historian and economist Neil Howe because they were relatively small in number and yet made the biggest generational leaps in education, affluence and life expectancy in history. Their childhood and youth may have been shaped by war and economic depressions but they were lucky to enjoy almost full employment and prosperity in their later life with the post-war economic boom of the 1950s.

Their exit from the job market ahead of the recent recession combined with a diversified approach to investing, rebounding share and home values and good savings habits, has made them the richest old generation we’ve ever seen. Another empirical explanation for their considerable assets is the ageing population and the fact that large numbers of Silent Generation members are living to ripe old ages.

There are now 1.5 million people aged 85 or over  living in the UK and this figure is predicted to more than double in the next 23 years to over 3.4 million according to Age UK. The number of UK centenarians has also risen – by 72% over the last decade – and  nearly one in five people are likely to live to see their 100th birthday. Not surprisingly, healthcare provision is high on the agenda.

While staying in the comfort and familiar surroundings of your home may be the preferable option as you move into later life, the cost of home care, even at a basic level, is high. According to the UK Care Guide, just one hour of care per day can cost around £7,000 per year. Meanwhile, with full-time home care starting from £30,000 per year and life expectancy hitting 79.4 years for men and 83.1 years for women according to The Office for National Statistics, the financial implications of care are a serious consideration. However, restructuring wealth can help maximise income to cover care home fees, while maintaining capital tax-efficiently will improve the inheritance position. 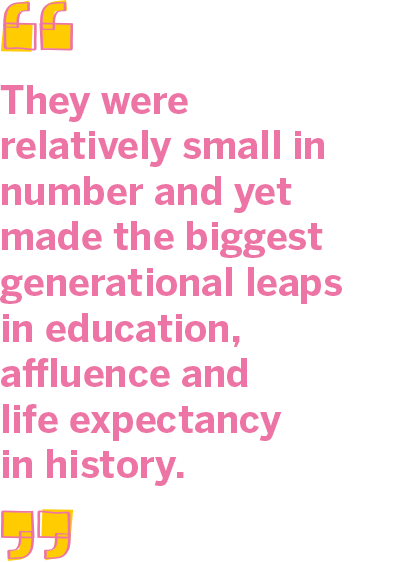 Traditionalists face their own unique financial challenges. While most are fiscally conservative and are among the lucky few to receive lifetime pensions, they value their lifestyle and independence and underestimate the implications of their longevity. Although its worth noting that among many couples from this generation, one   spouse is generally responsible for the family finances and when the financially-savvy spouse falls ill or passes away, dealing with the fallout of often complex financial situations can become a major challenge.

Despite coming into prosperity in their later life, benefitting from the housing boom and large pension payouts, traditionalists are not large spenders; perhaps as a result of their waste-not, want-not mentality. 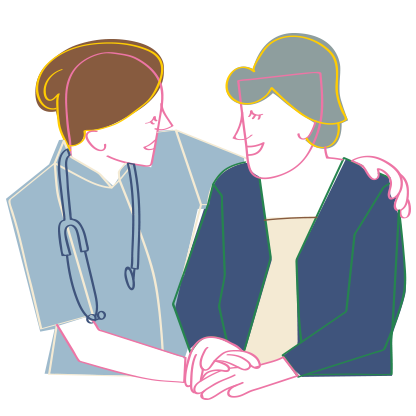 A major source of stress is how to pass on that wealth to following generations in the most tax efficient way. That said, many routinely pay for extended-family holidays or subsidise their grown-up Baby Boomer or Generation X-er children. Many have also set up trust funds for their grandchildren.

Meanwhile, more than a decade of falling or ultra-low interest rates prompts questions over the investment vehicles most likely to generate decent returns to sustain their lifestyles. That said, research* has found that the Silent Generation, those older than 74, feel particularly lucky with their cash. 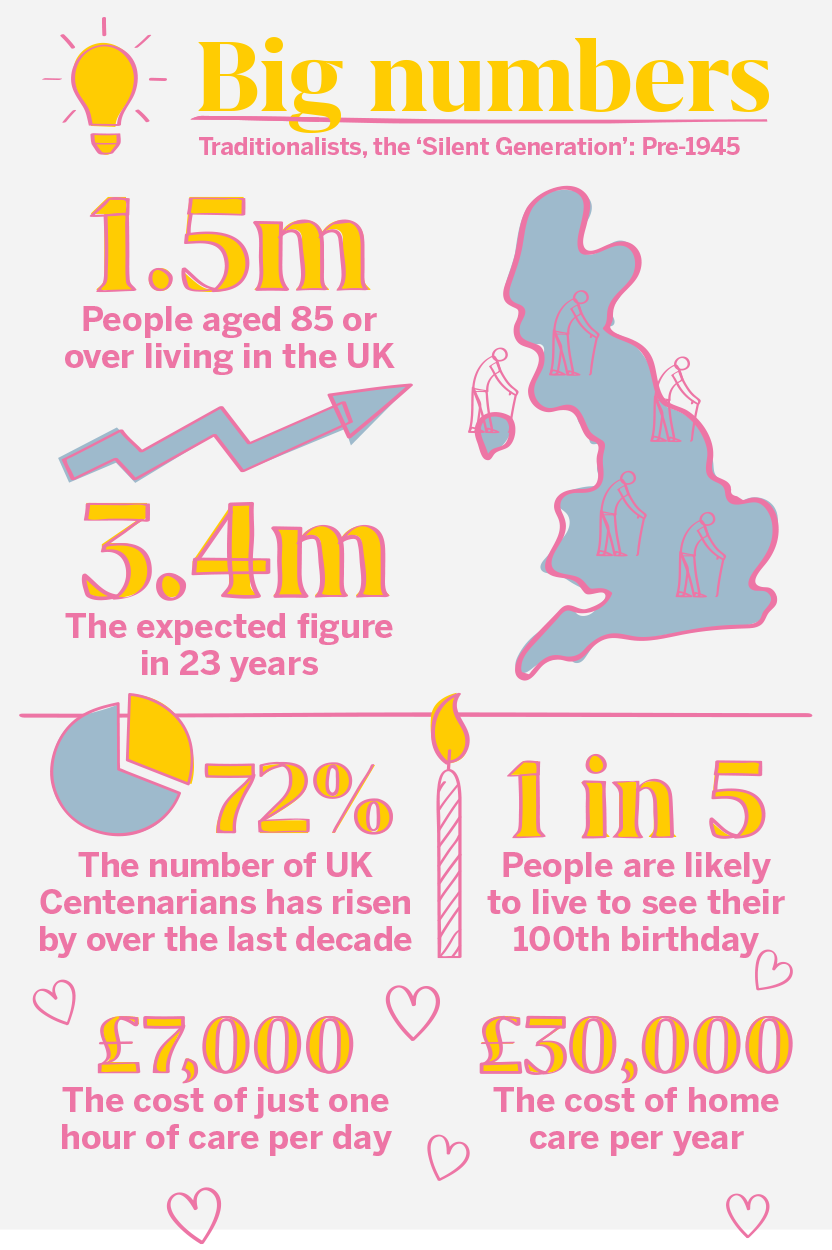