Taxation of dividends from 2016 The Winners & The Losers

In the Summer Budget, the Chancellor announced the biggest shake up of the taxation of dividends since 1999 to take effect from 6 April 2016

In the Summer Budget, the Chancellor announced the biggest shake up of the taxation of dividends since 1999 to take effect from 6 April 2016. This article explores these expected changes and their potential effects on individual investors.

Although the intricacies of this major reform remain unclear – we must await the autumn statement for further detail – it is possible to provide some advance comment as to what the effects will be for investors.

CURRENT RULES
At present, to the extent that an individual is liable only to the basic rate of tax (20%), no income tax is payable on dividends received.

POSITION FROM 6 APRIL 2016
These rates all change with effect from 6 April 2016. From that date, the first £5,000 of dividend income will be income tax exempt. Beyond that amount;

IMPACT OF THE PROPOSED CHANGES
It is anticipated that some investors will be better off while others will see their tax bills rise.

A basic rate paying investor with less than £5,000 dividend income will not see any change to their tax position, while those liable to a higher rate will be better off.

Once the £5,000 limit has been breached, basic rate taxpayers are immediately worse off by 7.5% tax on the excess, while those liable to a higher rate effectively see the benefit of the £5,000 exemption unwind until a point is reached that more tax is payable.

THE FOLLOWING EXAMPLES ILLUSTRATE THE ISSUES. 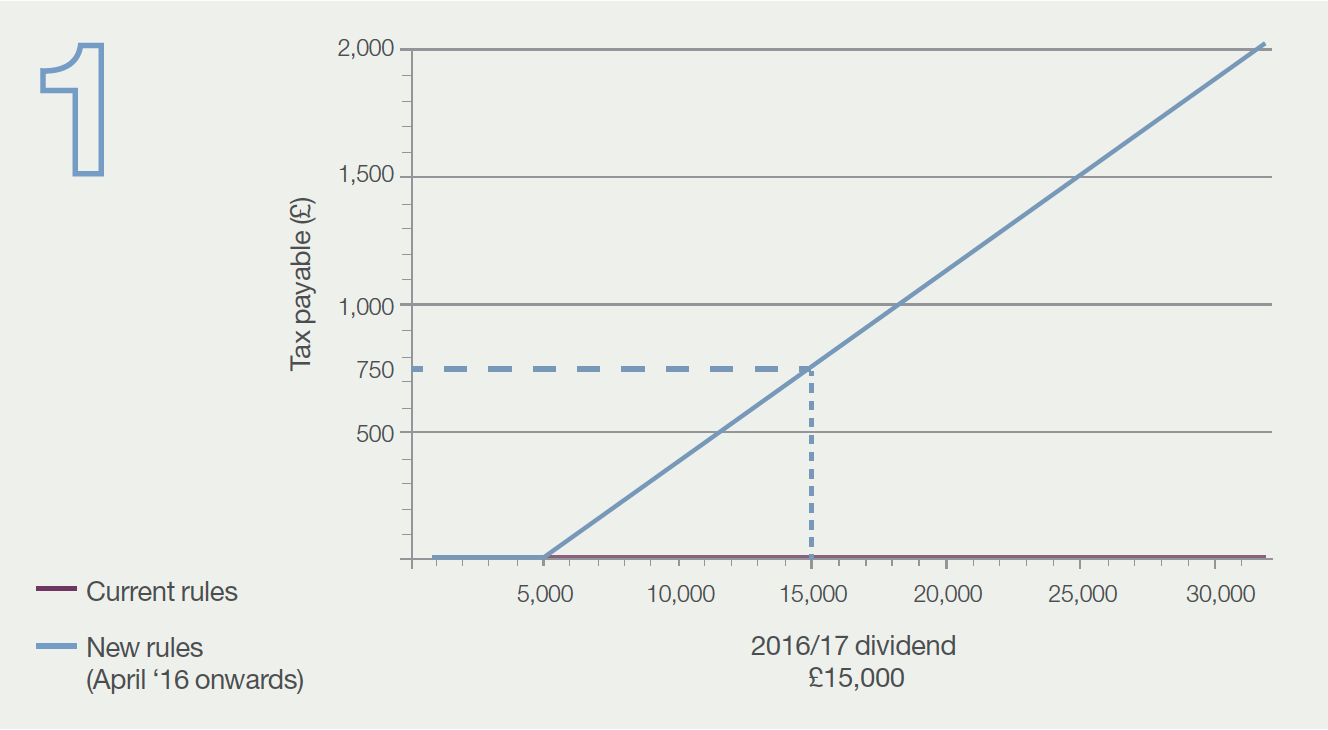 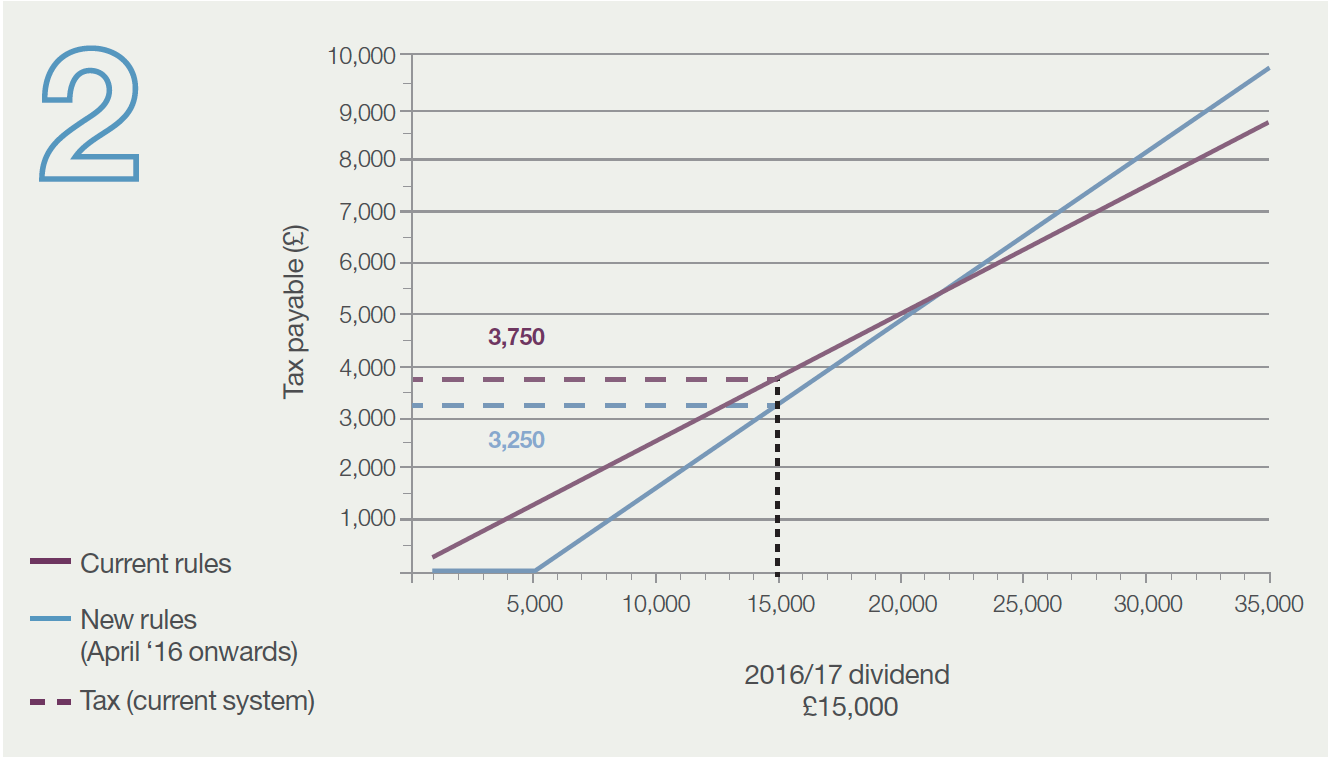 CONCLUSIONS
The changes, if implemented as currently anticipated, may lead to more people considering investments with an emphasis on a total return basis by including investments aimed at achieving capital growth, rather than income. This will allow investors to make use of the capital gains tax annual exemptions if these are not already routinely used.

Other options which might be considered from a tax planning point of view, but which must be subject to non-tax considerations, not least investment criteria, include:

It is critical that any portfolio changes to mitigate the effect of the new rules must only be undertaken after proper consideration of all relevant factors, not least the potential capital gains tax cost of making portfolio changes in order to save income tax.

Further announcements need to be awaited before specific individual tax and investment advice can be given, but what seems clear at this stage is that no one single approach will be suitable for everybody.

Stephen Barratt is a director in the Private Client Team at James Cowper Kreston in their Newbury and Oxford offices.

JM Finn & Co is not able to give individual advice regarding taxation. Clients who wish to explore the possibilities that this article opens up should seek advice from a tax specialist in relation to their own personal circumstances.

Cobham is a well managed aerospace specialist which has grown steadily for a number of years, both by acquisition and organic growth. It has assembled an array of high-grade defence and aerospace…

Since our founding in 1945, it has been our mission to provide unparalleled service and investment management expertise to our clients and we firmly believe that we continue to meet our goals today.…

With over 60% of its revenues derived from the US, Hunting has significant operating leverage to any recovery in either shale or conventional oil and gas activity.