Isn’t it extra-ordinary how America (the United States of) seems to dominate our every waking moment? If you measured the amount of air-time given this summer to reports from the US, particularly reports from Washington about President Donald Trump and his close circle, I am sure that we would find that events in the US are top of the list, with Brexit-related stories a close second

The two phenomena are of course deeply intertwined. As we cast off from the European Union (it’s going to happen, make no mistake; the question is ‘how?’) the relationship with the US is going to be of central importance. In spite of Liam Fox’s brave talk about striking ‘bold and ambitious’ trade deals around the world, the bedrock of Britain’s future in the post-Brexit world is bound to be the Trans-atlantic partnership.

Do the Americans care about us as much as we care about them? Almost certainly not. This is an asymmetrical relationship. When President Obama said that we would find ourselves ‘at the back of the queue’ he almost certainly wasn’t joking.

Will President Trump pull our chestnuts out of the fire? Winston Churchill’s single greatest achievement in his long life was the way in which, grimly and with, yes, bull-dog determination, he wheedled and cajoled President Roosevelt and the US Administration into, at last, entering the war on our side. Can we rely on President Trump as Churchill was eventually able to rely on Roosevelt?

Frankly, I doubt it. The USA today is a very different country from what it was seventy or eighty years ago. The demographic shift is tremendous. Though white Americans may still be the largest ethnic group, it may not be the case for much longer. There are parts of America, such as some districts of Florida, Texas, Arizona and California, where English is very definitely not the first language.

This may or may not be a good thing in American terms. That depends on where you are coming from, but it will certainly be significant in terms of ‘realpolitik’. Why should President Trump bust a gut to help Britain out of a hole of our own making when, for many if not most of the people who voted for him, Britain, to quote Neville Chamberlain, is “a small country, far away, of which we know little?”

Ah, the optimists may say. Trump’s mother, Mary, came from the Isle of Lewis in the Hebrides. He has golf courses in Scotland. He held Mrs May’s hand when she visited the White House!

But if President Trump throws Britain a life-belt to help us survive stormy seas, he will not do so out of sentimental reasons. Frankly, the Americans have never been sentimental in their dealing with the ‘mother country.’ I believe we have only just paid the last instalments on Lend-Lease! How long did President Eisenhower wait before he and John Foster Dulles pulled the plug over Suez? Did President Reagan give Mrs Thatcher any advance notice when the US invaded Granada? Trump has just pulled out of the Trans-Paci c Partnership and intends to give the Transatlantic Trade and Investment Partnership (TTIP) the same treatment. Why should the UK be singled out for special preferential status?

Is there a ‘dark’ side, I wonder, to the so- called US-UK special relationship?

I willingly admit that over these last few months the boundaries between fact and fiction seem increasingly blurred. Is there a ‘dark’ side, I wonder, to the so-called US-UK special relationship?

My new novel, KOMPROMAT, focusses on the electoral skulduggery that may have extended to both sides of the Atlantic. In several of his speeches Candidate Trump cited the Brexit campaign as his inspiration. The links between the Referendum campaign over here, and the US election, seemed to me to be both strong and continuing. And, in my novel, as some of the key building blocks of the western world come tumbling down, the man in the Kremlin - I call him President Popov – rubs his hands in satisfaction.

Of course, KOMPROMAT is fiction. I hope people enjoy reading it as much as I enjoyed writing it. Amusing as it may be to imagine that President Trump owes his election to the Brexiteers and their mysterious backers, I doubt very much that the life-saving US-UK trade deal that Mr Liam Fox dreams of is actually in the offering and certainly not as some kind of IOU for past favours.

So where do we stand now that the summer holidays are over? Looking on the bright side, we must be pleased that nuclear war didn’t break out over Korea. But that’s about it. I can’t see a re- elected Mrs Merkel going out of her way to pull the UK’s chestnuts out of the fire. Ironically, even though Mrs May is Prime Minister, the critical power of decision surely rests at the moment with Mr Corbyn. In voting terms, Labour has the power to apply the brakes as we hurtle towards the cliff’s edge: in other words, to ensure a soft landing.

But will Mr Corbyn, by all accounts a dyed-in-the-wool Eurosceptic, actually use that power? 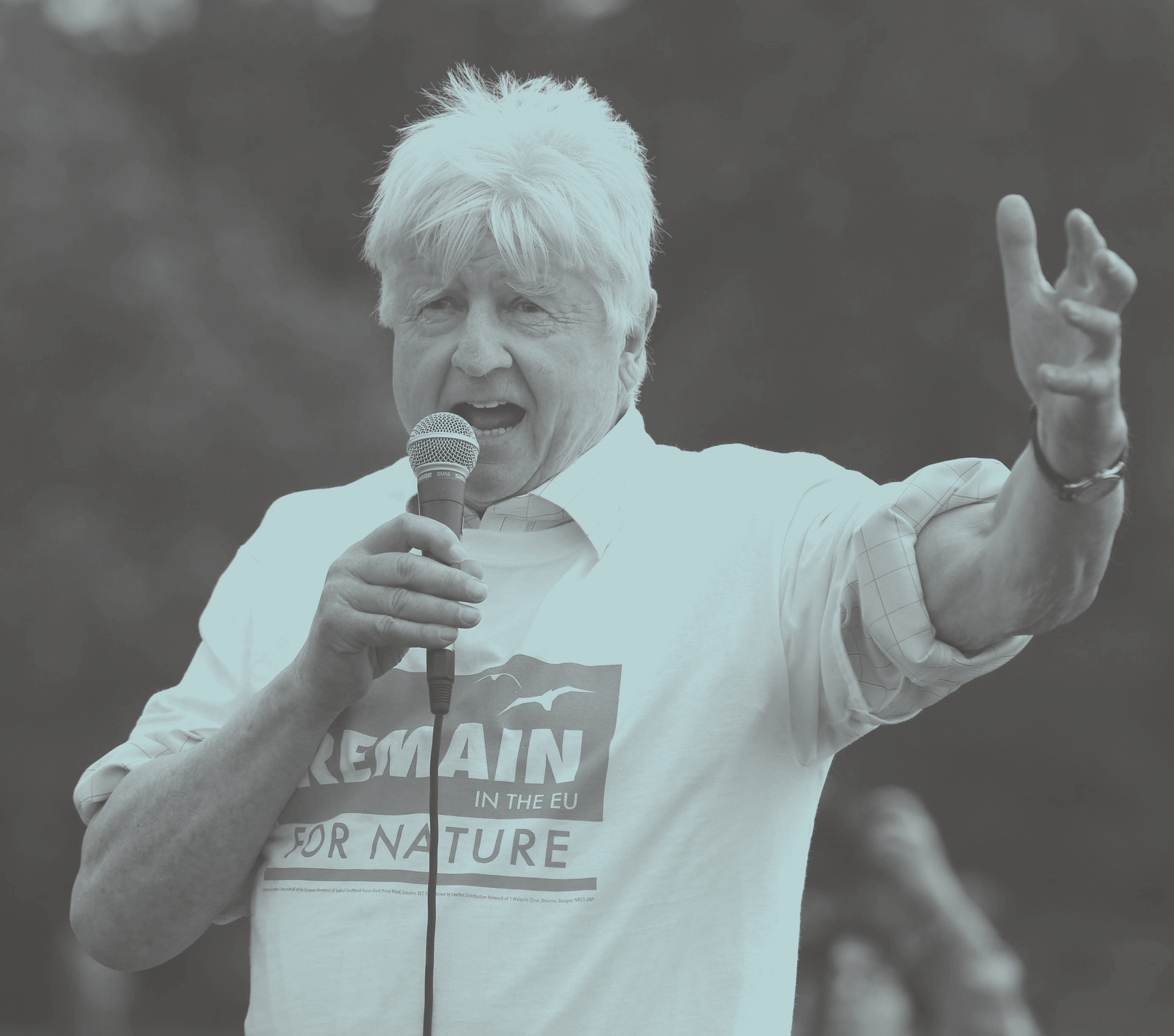 Stanley Johnson, a former Conservative MEP, is an author, journalist and environmental campaigner. His new novel, KOMPROMAT, is published by Oneworld-publications. He served as co-chairman of Environmentalists for Europe in the Referendum Campaign. We have 25 copies of Stanley’s book, KOMPROMAT, for the first 25 readers to send us their name and address to marketing@jmfinn.com.

Also in this issue

Compound interest is, simply put, the addition of interest upon interest. For example, if in year one I was to place £10 on deposit, on which I were to receive 10% interest, at the end of year one my…

Editorial
Honey, I stressed the kids

Unfortunately, we have had a number of horrific events over the last six months or so which have rightfully featured centre stage; be they terrorist attacks or tragic incidents such as Grenfell Tower.…