ON THE OTHER HAND...

The truth is, though, that economics is more art than science

The truth is, though, that economics is more art than science. No wonder US President Harry S Truman is reputed to have said “find me a one-armed economist” so that they couldn’t qualify their advice by saying “on the other hand”.

With all the surprises that have taken place during the year about to end, these comments appear particularly apposite. Britain’s decision to leave the European Union encouraged a spate of doom mongering, though there were others who believed such a move would be in our economic best interests in the longer term. Similarly, the unexpected election of Donald Trump as the 45th President of the United States has brought about significantly polarised opinion on what the consequences might be for the global economy.

Those who were concerned that Armageddon might be just around the corner were encouraged in their beliefs by some pretty robust comments by Mr Trump while he was campaigning on the subject of trade deals. Mexico and China in particular came in for considerable flack as he blamed free trade for the loss of jobs, most notably in America’s so-called rust belt. It seemed as though protectionism might be in the air, with all the consequences that could have for world trade.

But it already seems as though what he said on the campaign trail and what might actually happen could be poles apart. Obamacare was for the dustbin, according to some Trump diatribes. Now we know it is likely to be retained in part, though how much will survive is far from clear. And it seems as though Hillary Clinton, far from being locked up, is to be fêted as a worthy opponent. Even the wall to keep out illegal Mexican immigrants is looking more like a fence – if indeed it happens at all.

As yet no serious pronouncements have been made on the trade and job front, but it must be clear to the incoming administration that a trade war with China could have severe repercussions. It is hard to imagine Apple being too sanguine over the imposition of trade barriers. Job creation will be an issue that cannot be avoided, though, since the wave that brought Trump to power seems largely to consist of working class men. It seems likely that infrastructure spending will assume greater importance in the new Republican administration, in much the same way as it is here in the UK.

Perhaps for this reason there are those who are forecasting economic growth of a scale that far exceeds that achieved by the Democrats and the resumption of a bull market in US equities. Certainly, shares have behaved in a far more robust fashion than many believed likely ahead of the poll result. Indeed, if there is one danger for US investors it is that markets are close to all time highs and leave little to chance in the ratings they enjoy.

Not all markets have been as buoyed as equities by the prospect of a four year term from a President with no previous political experience. US Treasuries have slid, bringing yields back up to over 2%. There are those who consider the lengthy bull market in bonds may have ended. Mr Trump has certainly been critical of the low interest rate policy followed by the Federal Reserve Bank, which may cast some doubt over the tenure of the Fed chairman, Janet Yellen, though this appointment is not in the President’s gift.

If there is one danger for US investors it is that markets are close to all time highs and leave little to chance in the ratings they enjoy.

Of more importance is that, if above trend growth is to be achieved, it may have to be at the expense of inflation, which has remained remarkably subdued since the financial crisis of eight years ago. This would force the Fed’s hand and could result in rates rising faster and further than currently forecast. There is also the possibility that government spending will result in more bond issuance. To find buyers for those bonds, rates will need to be more appealing.

So we enter a New Year and a new Presidency with a two handed argument over which direction the American economy is likely to take. Will it become more insular and protectionist, hitting the global economy? Or will Trump go for growth and encourage greater prosperity elsewhere so that American goods can find a ready market abroad? Only time will tell, so we can expect economists to disagree for the foreseeable future. 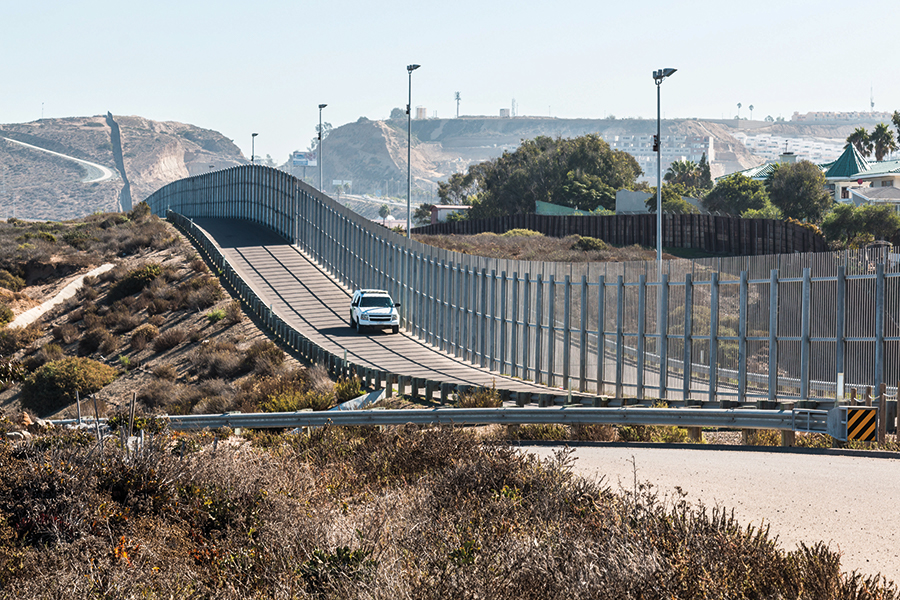 To pay or not to pay. HSBC is a global bank with 58 million customers across its retail and commercial banking franchises. About 40% of revenues and about 80% of operating profits come from Asia with…

Guest editorial
Threat to the city