As they begin their working lives, this optimistic generation looks set to embrace entrepreneurialism while being careful to avoid indebtedness.

To look at their Snapchat and Instagram feeds, it would be easy to assume that the most pressing concerns plaguing Generation Z-ers hinge on the number of likes of their most recent post.

So you might be surprised to discover that there is a far more contemplative and ambitious side to this generation, particularly when it comes to all things financial. 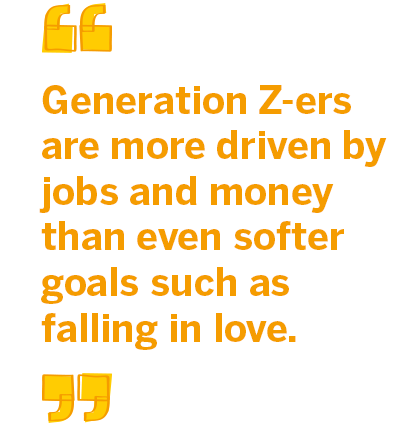 Perhaps as a backlash against the perceived excesses of the previous generation, Generation Z-ers are more driven by jobs and money than even softer goals such as falling in love, research* has found. Generation Z, otherwise known as the ‘Centennials’ or ‘iGeneration’, refers to the generation born after Millennials, since the 2000s, according to most definitions.

A poll conducted by The Open University in November last year revealed that almost all (97%) of Centennials are most driven by career and financial goals. Its study also revealed a strong appetite among this demographic for entrepreneurialism and to gain financial independence.

According to the figures, most of the young people polled aspire to start their own business and become financially independent, while other ‘softer’ life goals such as falling in love (37%), writing a novel (9%), or becoming a reality star (4%) rank the lowest on the priority list. Interestingly, many are already selling services and products through their own creative websites, e-commerce platforms and/or social media. 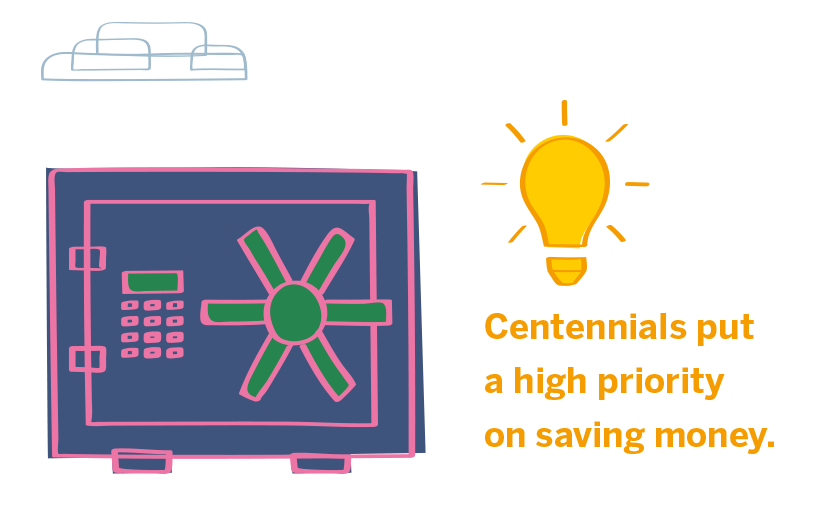 In addition to avoiding debt like the plague, Centennials put a high priority on saving money. Growing up in the midst of an economic downturn has made them more fiscally cautious than their older counterparts but also more likely to identify as savers rather than spenders.

In contrast to the supposed carefree lifestyles being portrayed through their social media feeds, analysis reveals a remarkably pragmatic and sensible approach to all things financial. A 2017 study on Generation Z by the Center for Generational Kinetics found that respondents are saving money, and planning for retirement. One in five said debt should be avoided at all costs because they have seen what it does to those older than them. 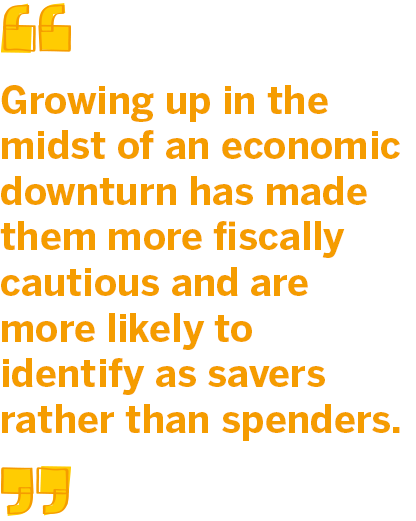 Also known as the Austerity Generation, they have the stress of decisions about higher education hanging over their heads – from whether or not to go, to which one to choose. And given that this generation is far more ambitious than their Millennial counterparts, it’s not a decision to be taken lightly in the context of huge competition for the best jobs. No wonder that anxiety and stress levels among this generation are at an all- time high. 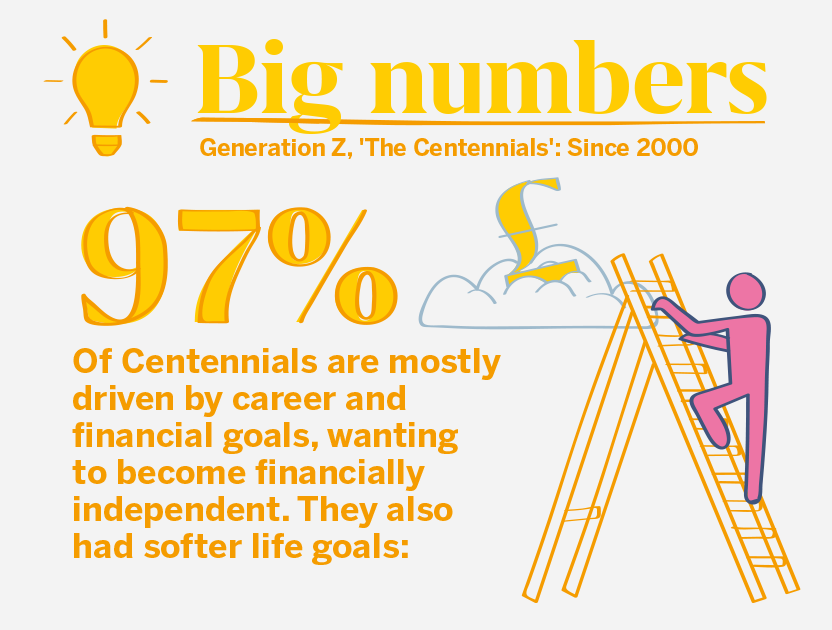 Technologically, they certainly have the edge over their Millennial counterparts. While Millennials are switched on digitally with their teenage years defined by iPods and MySpace, Generation Z is the first generation to be raised in the era of smartphones and most don’t even remember a time before social media, making them the first true digital natives. It means Centennials take in information instantaneously, but lose interest just as fast; or so the cliché goes. 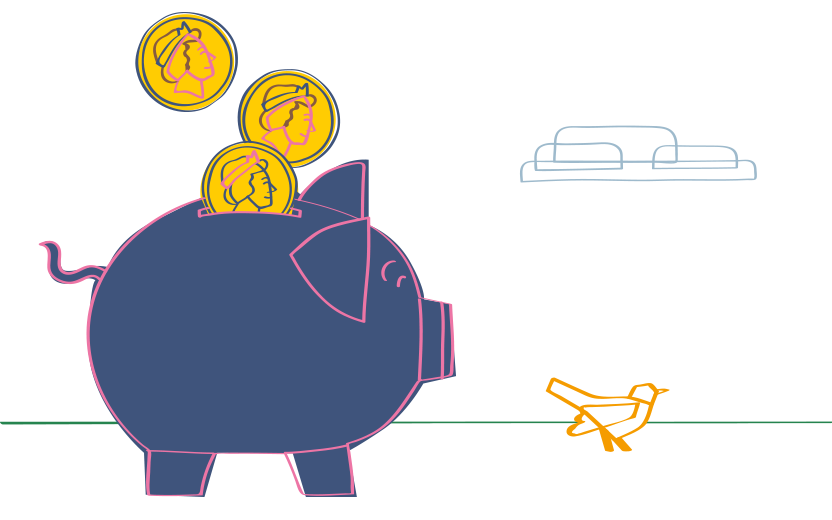 Studies** suggest Generation Z-ers aren’t as worried by the prospect of becoming adults as previous generations might have been, especially when it comes to money. As the product of largely Generation X parents, whose obsession with providing a safe and secure childhood for their children has been well-documented by social commentators, the knock-on effect is not to be sniffed at. Growing up in a time of global conflict and economic troubles seems to have had an impact on attitudes to risk, career choices and the need for longer-term financial security.

Despite the stresses that life throws at them, the good news is that Centennials seem to be more optimistic about their financial future than previous generations. That optimism might be because, in addition to having more time until retirement, younger savers are stashing cash more fastidiously than older generations. 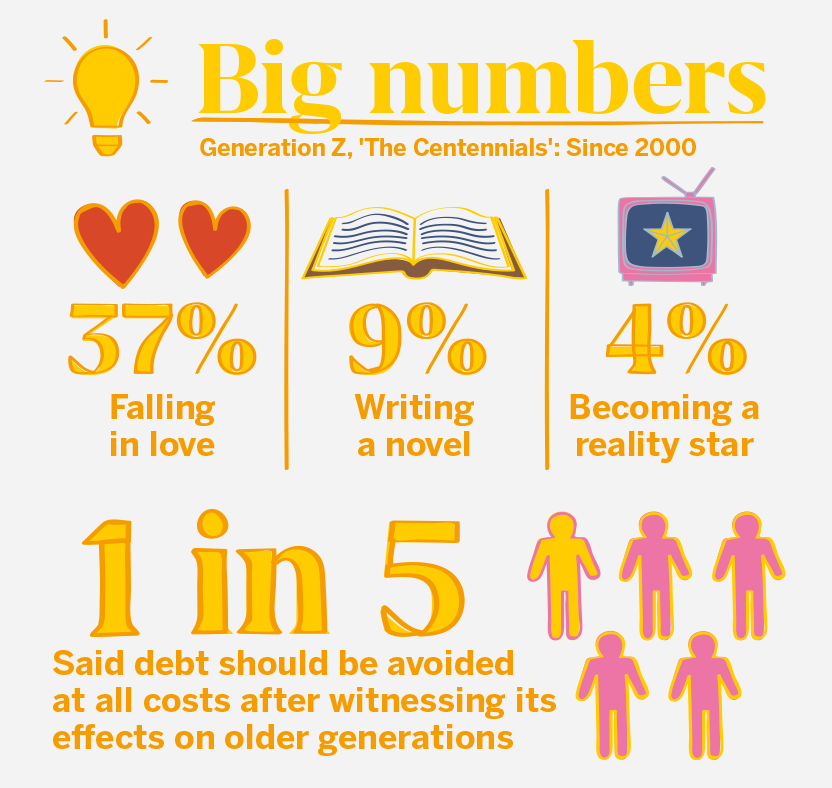