The recommendation by voters that the United Kingdom should leave the European Union is likely to be a watershed moment for the continent and to be followed by many weeks and months that will fundamentally transform Europe for decades to come. History teaches us that the most important economic developments tend to be unanticipated breaks from the prevailing order. It is tempting to try and predict what the vote means for markets and asset prices. Yet if there was ever an event that demonstrated the utter uselessness of crystal ball divination it was the recent referendum, given that the consensus view of bookmakers, pollsters and market pundits was for the continuation of our EU membership.

While the longer-term impact is unknown the political ramifications are all too visible thanks to an unwritten constitution and strong historical precedents. Sterling’s fall is a similar sign of flexibility which will, in the long run, help to heal the short-term economic wounds because in a world where no country wants a strong currency, the UK has just sneaked in a major devaluation. Investors in UK gilts have kept the faith and driven yields lower. The UK enjoys the political and economic flexibilities that the EU does not.

While it is too early to draw conclusions on the longer-term economic and political effects of the vote, the shorter-term prognosis is for weaker growth in the UK. Evidence of falling housing transactions and weaker loan demand is already appearing. The UK stock market may have rallied to much cheer following the shock-induced two day sell-off but the FTSE 100 rose thanks to the translation effect of international earnings. To overseas investors the market is still weaker in US dollar terms since the referendum. Sharp share price falls in domestic cyclicals such as ‘challenger’ banks (small, specialist lenders), retailers and housebuilders point to weaker domestic demand at a time when the economy was already vulnerable to a downturn. Once again, we face the paradox of healthy high quality stocks looking fully valued, while cheap sectors are cheap for good reason. This warrants continued defensiveness.

The enormity of the UK’s decision to end its participation in European political integration means that it is easy to be consumed by domestic affairs. But just because there is a temptation to ignore problems further afield does not mean that they have gone away. The world has been suffering from a lack of robust growth and what growth there is appears to be increasingly debt-dependent. Growth in the value and volume of world trade has virtually stopped, suggesting that there are serious issues with the prevailing mercantilist world order. The UK may be only a minor shock away from a recession. For decades, central banks have used interest rates to tackle recessions.

This is a policy option no longer available to them. The idea that central banks would directly finance fiscal deficits was once an idea derided by anyone and everyone; now “Helicopter Money” is seemingly the policy of first resort. This could be a further move on a deflationary path which ultimately ends in inflation.

Bond-like equities have also caught a bid. In a world of scarce earnings growth and greater uncertainty, investors are willing to pay huge premia for the revenue resilience and earnings dependability that many of our typical stocks possess. Recent strong returns from our equity holdings have been more a function of multiple expansion than favourable revenue and earnings growth. Bonds and bond-like equities are increasingly looking like bubbles in search of a pin. Very low (or even negative) bond yields should not necessarily lead to higher risk assets. Equities and bonds are giving mixed messages. If bond markets are right in indicating lower growth, then risk should not be rewarded.

In an environment of near-universally overvalued asset markets we believe it is likely to be easier to navigate the post-market falls than to avoid the falls themselves. This is because, with both equities and bonds looking vulnerable, traditional asset diversification may not protect to the same extent that it has in the past. We would welcome greater market dislocation as high volatility is frequently an omen of opportunity.

We do not have sufficient foresight to predict the extent of any slowdown. Our view is that the Brexit decision will only accelerate the trends, already firmly in place before the vote, of slowing global trade and weakening economic activity worldwide.

Today most assets are expensive so we maintain a cautious approach. However, the current low return cycle must one day come to an end. We are optimistic that UK stock market returns to be enjoyed in the next 15 years will be superior to those endured in the preceding 15 years. While nominal returns may be higher, real returns may be harder to achieve. Our unusual and uncompromising approach to not overpaying and to staying committed to quality has at times been very unfashionable – today, not overpaying for quality is a challenge but someday that too will change.

You should contact the person at JM Finn & Co with whom you usually deal if you wish to discuss the suitability of the Troy Trojan Fund. 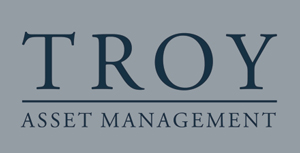 Also in this issue
General interest
Autumn at Kew Gardens

US equity markets have hit record highs despite historically stretched valuations and continued recession in US corporate profits. The FTSE100 did not take long to recover from the drop in the…

Bond focus
Lower for longer morphs to nothing for eternity?

As well as the UK and US bond yields widening, the German and Japanese yields have converged to just below zero, also on the back of Quantitative Easing (QE) and other monetary stimuli.The US / UK…