This is the time of year which I always guess wrong where the start and end dates vary so much from year to year – and sees the start of another exciting season in the plant world as the autumn colour begins to ripple its way slowly across the Gardens.

This is the time of year which I always guess wrong where the start and end dates vary so much from year to year – and sees the start of another exciting season in the plant world as the autumn colour begins to ripple its way slowly across the Gardens. The early morning frosts sharpen us all up, bringing out the winter clothes whilst at the same time they remind the deciduous trees that they need to harden off the summer’s growth quickly in preparation for the winter cold when they become naked once again, the opposite to us humans. It’s an alarm clock for trees and a countdown to their rest period which temperate trees desperately need so much, especially after a long, hot spring and summer.

The early morning frosts sharpen us all up, bringing out the winter clothes

I love the autumn or the fall colours which are brought about by trees using up the chlorophyll reserves, which are the dominant green pigments allowing the weaker red and purple (anthocyanin pigments), and orange and yellow (carotenoid pigments) to shine through. Some of the best colours are the reds and purples from the North American sweetgums (Liquidambar styraciflua) and the north American maples, (Acer rubrum) or the shagbark hickory, (Carya ovata) and the tulip tree (Liriodendron tulipifera) with their rich, butter yellow leaves. But my all-time favourite is always the first tree to change and quickly to a deep purple/ crimson colour, usually about the end of September, the American ash (Fraxinus americana). But let’s not forget our colourful native trees in autumn that line our hedgerows in yellow like the field maple (Acer campestre) or the reds and pinks of the native cherry or gean (Prunus avium); Who says we only need flowers for effect?

As the early winter winds blow and the leaves fall from the trees, the different forms of fruits, like the nuts of the large shade trees to the cones of the conifers, pull in a multitude of birds and mammals catching up on a late feast in preparation for the coming winter. I will challenge any grown-up to walk through a park lined with horse chestnut trees (Aesculus hippocastanum) and not be tempted to rummage through fallen leaves and their prickly outer seed cases looking for the largest, shiniest conker to pick up and play with until it loses its sheen and shrivels to a hard dull seed. This is the tree that caught my attention as a boy when it was the ammunition for our games of conkers in the school playground between breaks.

It fascinated me so much that a tree could do this every year that I spent my entire career growing and studying trees.

The late summer light levels catch and show off to the best effect the remarkable textures and colours of bark on Kew’s 14,000 trees, particularly the birches (Betula albosinensis and Betula nigra to name a few) and the snake bark maples like Acer davidii and Acer pensylvanicum). Without leaves, trees are architectural works of art and form. Their shapes stand out for us all to see and enjoy, and allow them to move and sway to withstand the stronger winter winds that lie in store for them.

I can never be tired of autumn and find that there are not enough days in the season for me to take in the beauty and splendour of our magnificent treescape that grace our gardens and countryside.

JM Finn & Co is a proud supporter of Write on Kew 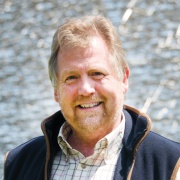 Included in the Progress 1000: London’s most influential people 2016.

Also in this issue
Economic focus
More boom than bust

US equity markets have hit record highs despite historically stretched valuations and continued recession in US corporate profits. The FTSE100 did not take long to recover from the drop in the…

Bond focus
Lower for longer morphs to nothing for eternity?

As well as the UK and US bond yields widening, the German and Japanese yields have converged to just below zero, also on the back of Quantitative Easing (QE) and other monetary stimuli.The US / UK…

“If the tyrants close the door of migration (to Syria) in your faces, then open the door of jihad in theirs and turn their actions against them,” said an audio clip from an ISIS spokesman, referring…